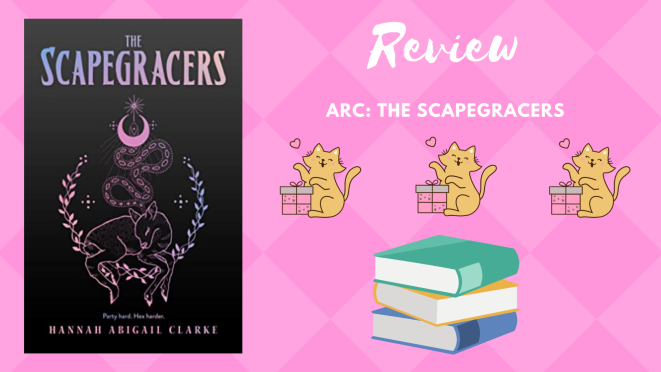 An outcast teenage lesbian witch finds her coven hidden amongst the popular girls in her school, and performs some seriously badass magic in the process.

Skulking near the bottom of West High’s social pyramid, Sideways Pike lurks under the bleachers doing magic tricks for Coke bottles. As a witch, lesbian, and lifelong outsider, she’s had a hard time making friends. But when the three most popular girls pay her $40 to cast a spell at their Halloween party, Sideways gets swept into a new clique. The unholy trinity are dangerous angels, sugar-coated rattlesnakes, and now–unbelievably–Sideways’ best friends.

Together, the four bond to form a ferocious and powerful coven. They plan parties, cast curses on dudebros, try to find Sideways a girlfriend, and elude the fundamentalist witch hunters hellbent on stealing their magic. But for Sideways, the hardest part is the whole ‘having friends’ thing. Who knew that balancing human interaction with supernatural peril could be so complicated?

Rich with the urgency of feral youth, The Scapegracers explores growing up and complex female friendship with all the rage of a teenage girl. It subverts the trope of competitive mean girls and instead portrays a mercilessly supportive clique of diverse and vivid characters. It is an atmospheric, voice-driven novel of the occult, and the first of a three-book series.

Thank you to Netgalley and Erewhon for providing me with a digital copy in exchange for an honest review! All quotes are taken from the Arc and therefore subject to changes.

I’m feeling majorly conflicted about The Scapegracers because while it had a really interesting premise and I’m always searching for more books about witches, some of the plot and pacing issues really made this very slow and difficult to read at times. I’m still unsure if I’m going to check out the sequel, as I’ve outgrown really slow-moving books that only pick up speed at the very end of the story. At times The Scapegracers felt like it wasn’t really my thing and like it was trying to be a specific aesthetic instead of a well-rounded story. If you like slower, more atmospheric stories, this one might be for you!

“I guess my point is that teenage girls arent supposed to be powerful, you know? Everybody hates teenage girls. They hate our bodies and hate us if we want to change them. They hate the things were supposed to like but hate it when we like other things even more, because that means were ruining their things. Were somehow this great corrupting influence, even though weve barely got legal agency of our own. But the three of us the four of us, counting you were powerful.”

✅ We get a lot of cool WITCHCRAFT ➽ Ever since I fell in love with my own witch story, I have been happily checking out all YA books featuring witches, as we need more stories that have the good old witchcraft! The Scapegracers still leaves you with a few questions, but the magic system and premise are interesting and a breath of fresh air. The magic here is based on having a ‘witch soul’ called a specter but also depends on your experience, tools, and surroundings, combining talent with practice and support. Witches often gather into covens for a reason, as the bond makes them stronger and capable of greater witchcraft. There are several existing covens that you can join up in initiation and with witch hunters trying to exorcise the specter out of all witches, a strong coven is needed for protection and power. I also loved that every specter had a specific color and that the spellbook was actually alive and more like a guidebook than an instruction manual. The representation of magic as something individual that you had to make your own was great!

✅ The writing style was really good to read ➽ I have to admit that despite some of my plot issues, the writing style was pleasant to read. One of the best things was how atmospheric the writing was, you could really feel the witchcraft and creepiness that was happening in a lot of the scenes. Despite some weird phrases and very specific references, I liked how the writing flowed and gave us an insight into Sideway’s surroundings. The settings really came to life this way!

✅ There’s a queer friend group + found family ➽  I did appreciate that the book showed a strong, new friendship between Sideways – our main character – and the popular girls in her school: Yates, Jing, and Daisy. The book itself aims to subvert the mean girl trope and for the most part, I liked seeing our new witchy coven made up of strong queer teenage girls. I also loved Sideway’s two dad – Julian and Boris – who have taken her in after her mother’s death and now care for her deeply. Julian is her uncle, but his partner Boris loves Sideways just as much and they try their best to be there for her, which honestly melted my heart 🥰

✅ The scene-stealer was the friendly neighborhood demon ➽ One of my favorite tropes ever is when a demonic/otherworldy creature ends up becoming like a sidekick to the main human characters, despite often being very morally grey or pretending to be evil (e.g. Silas in Sorcery of Thorns or Calzifer in Howl’s Moving Castle)! Mr. Scratch is a demon/devil who used to be a spellbook and therefore a coven’s keeper but after being nearly destroyed by witch hunters it has been waiting for another opportunity to serve witchcraft. Looking out for its new girls made for a lot of touching moments even though you can’t help but be plenty suspicious about Mr. Scratch’s real motives. This will definitely make for an interesting dynamic in the next book!

⛔ The plot and pacing were all over the place ➽ My main issue with the book was that it began feeling very repetitive and slow for the majority of the book. The first few scenes are action-packed but then the book drastically slows down and instead of giving many answers has a lot of scenes that felt like filler to me, especially as I barely knew the characters yet and didn’t find myself connecting to them. The Scapegracers just felt directionless, for the first 40% of the book there’s no real goal the main character has, and even afterwards it felt like there was no overarching storyline, instead a lot of subplots that the book failed to connect. The focus of the story was all over the place and the pacing so painfully slow, that I was waiting for some more interesting scenes. Only at around 70% did we get any real action again and finally some answers, but that didn’t make up for a slow middle. I also easily guessed the main plot twist, so there’s that. Another thing that did annoy me was that so many of the major characters just happened to be witches despite the book highlighting how rare they are.

⛔ The book waited too long to introduce important information ➽ My second main problem with the book was that the book didn’t weave in character or worldbuilding information. I don’t need to know everything about a character, but I need at least some details so I can get the personality and background story and can slowly piece things together. The book sadly skimmed with the character information for about 40% of the book (Sideways) and way towards 70% for the other important characters. Because the beginning is focused so much on the action, we barely get any information about the main character, which made her feel a bit unapproachable for the reader. The background information and view into the character’s normal world were given only about half of the book in and that was way too late for me to care much for the characters. I also felt like we could have gotten the worldbuilding information a bit sooner, as it left me feeling a bit in the unknown for a long time. The book did fail a bit to lay the foundation for the story in terms of characters and worldbuilding. It felt like the author knew her characters and the world exactly but failed to show it to the readers.

⛔ Sadly Daisy, Jing, and Yates lacked depth ➽ I only could discern them and get a glimpse into their lives and personalities when the book was almost over. How they knew each other, why they included Sideways in their friendship group, and what their lives are like was only mentioned 80% into the book and by then there had been already so many opportunities to reveal more about them. That’s why I never really felt connected to the girls and thought that they suddenly welcoming Sideways against the reputation didn’t feel organic.

“‘‘Why would you go by Sideways?’ He grimaced, looking between Alexis and I like we were twin bugs. ‘It’s because I’m not straight.’ I shot gun hands at him.”

IN CONCLUSION. ➽ The Scapegracers is a book full of witchcraft, powerful girl covens, and spellbook. While I loved the whole aesthetic of it, I was a bit disappointed with the execution. The plot was all over the place with no clear direction and important information was introduced a bit too late. Nevertheless, I would recommend this book if you’re into a creepy, witchy atmosphere!

Are you going to read The Scapegracers? What is your favorite book featuring witches/witchcraft? 📕

7 thoughts on “Arc Review: The Scapegracers by Hannah A. Clarke 📕 Time for Witchy Things”