Hello fellow bookworms 📚 I was fortunate enough to receive a digital copy of The Half Orphan’s Handbook through participating in the Xpresso book tour! The Half-Orphan’s Handbook had been on my list of most anticipated releases, so I was grateful for the opportunity to read it early 🥰 For now, let’s get into what this book is about! If you click on the image down below you are redirected to the blog tour schedule, so you can check out all the other amazing posts! ❤ 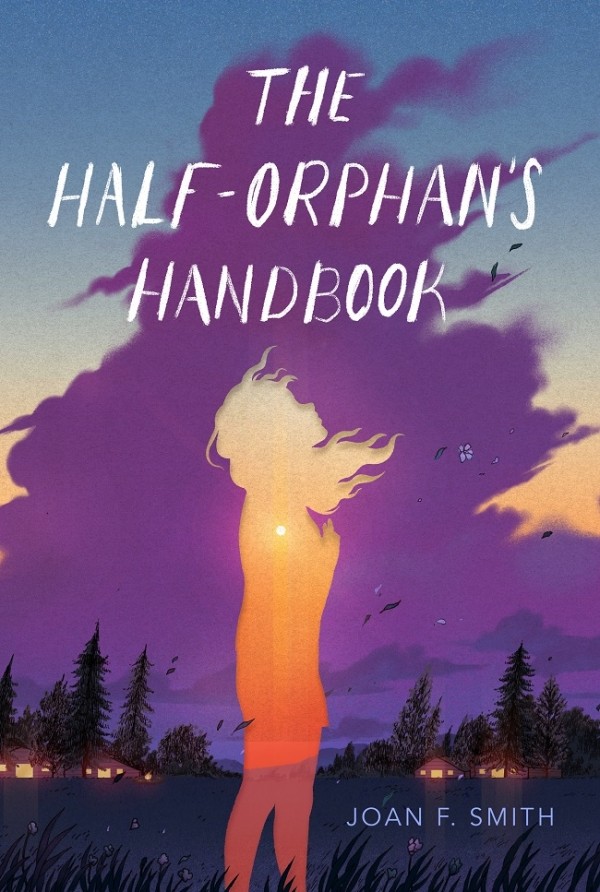 For fans of John Green and Emily X.R. Pan, The Half-Orphan’s Handbook by Joan F. Smith is a coming-of-age story and an empathetic, authentic exploration of grief with a sharp sense of humor and a big heart.

It’s been three months since Lila lost her father to suicide. Since then, she’s learned to protect herself from pain by following two unbreakable rules:

1. The only people who can truly hurt you are the ones you love. Therefore, love no one.

2. Stay away from liars. Liars are the worst.

But when Lila’s mother sends her to a summer-long grief camp, it’s suddenly harder for Lila to follow these rules. Potential new friends and an unexpected crush threaten to drag her back into life for the first time since her dad’s death.

On top of everything, there’s more about what happened that Lila doesn’t know, and facing the truth about her family will be the hardest part of learning how a broken heart can love again.

Joan F. Smith lives with her family in Massachusetts, where she works as an associate dean, a creative writing professor, and a dance instructor. She received her MFA in creative writing from Emerson College, and has written articles for The Washington Post and Thought Catalog on destigmatizing discussions around mental health and suicide prevention. The Half-Orphan’s Handbook is her debut novel.

Thank you to Imprint/Macmillan, Xpresso Book Tour, and Netgalley for providing me with a digital Arc in exchange for an honest review! All quotes are taken from the Arc and therefore subject to changes.

Grief was explored in many different ways. Of course, Lila’s own experience – which is drawn from the author’s own background – is front and center. She deals with the mix of emotions after losing her dad to suicide and feeling like her life is falling apart around her. There is some stigma, anger and hurt involved for her, as Lila has problems comprehending how she didn’t see this coming and why her dad would leave her behind. She’s on a desperate search for answers in order to be able to move on with her life even a bit, as now it seems impossible. That makes The Half-Orphan’s Handbook such a raw and emotional book as you experience all these intense emotions alongside Lila. Through the grief camp we get to see other experiences as well though!

The idea of the Grief Camp was great. It’s a 8 week long camp for any kids who have lost someone in their immediate family, and initially Lila has no intention of going. She doesn’t get the point of it or trying out therapy. However, she cannot help but slowly see the merits of being around people who understand her. There is group therapy and many typical summer activities like kayaking, making S’mores or art offered for the campers in order to help them deal with their loss. I really like the setting of the camp, as it has some summer vibes but also emotional moments, as the children are still grieving, though they are also having fun moments. I like how mental health was explored in this setting!

There were so many fantastic Friendships! ❤ Lila has trouble connecting with her friends at home, as they don’t know how to deal with her loss. However, at the grief camp, she meets many people like her, who know exactly what it feels like to lose someone. That opens up a whole world of understanding for her and allows Lila to finally feel like someone gets her. Though she initially tries to not get attached to anyone – fearing she will lose them – she cannot help but find friends. I really liked the cast of secondary characters and their experience with grief. Winnie was probably my favorite, as she’s super friendly, open and easy-going, immediately trying to put Lila at ease and include her at camp. She’s also her bunkmate, alongside with Madison, who is a bit more distant. At first it seems like she’s your typical Mean Girl, but it turns out that Madison has been through a lot and misplaced a lot of anger on Lila. Later, she opens up as well and the three of them have such a great connection! I also liked Deese, one of the boys at camp who develops such a wonderful friendship with Lila and helps her pick up sports again, which she kind of quit after losing her father. I also have the mention Jeff, the organizer of the grief camp, as he tried his best to help the kids confront their own feelings and enable them to move on. He’s knows what grief is like and his dedication to camp was beautiful to see!

“The moment you realize you don’t have control over what anyone else does is the moment you find yourself comfortable with your world.”

I wish I had been able to connect a bit more to the story though. I liked Lila, but I didn’t 100% connect to her emotionally. She was often hard on the people around her, even though many of them had gone through a similar experience and held them to such high standards. That got me frustrated at times, as her mistakes were often easily forgiven while Lila wasn’t as forgiving herself. I also felt like the romance developed way too quickly and didn’t give me much time to root for Lila and Noah. We barely got to know him before they suddenly liked each other. I was missing the chemistry and emotional connection between them as their attraction felt rushed and not as fleshed out  as it could have been.

“I’d never been good with lasts. The last day of school, the last hurdling meet of the season – every time I knew I was experiencing a last, everything about it would feel much more poignant and significant.”

IN CONCLUSION. ➽ The Half-Orphan’s Handbook is a heartfelt book exploring the grief of losing a parent to suicide and the question of how to move on with life with such a gaping hole in your heart. I liked the idea of a grief summer camp, as it brought the main character in contact with other kids that had gone through a similar experience and forged many strong friendships. If you like emotional, but hopeful books, this is perfect for you!

Are you going to read The Half-Orphan’s Handbook? What is your favorite book exploring grief? 📚