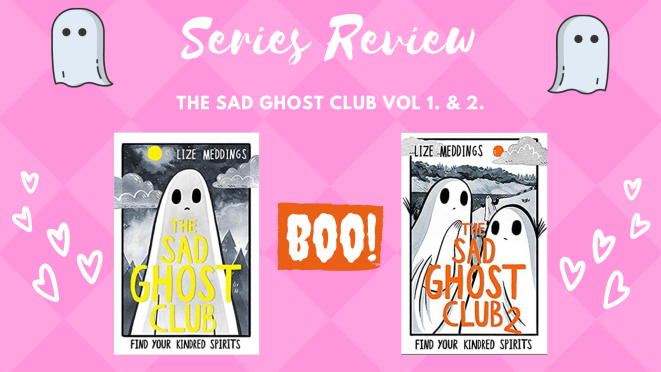 This is a Review for the two The Sad Ghost Club Volumes currently out! There will be NO spoilers in the individual Reviews. However, if you haven’t read past a certain volume, better not check out the review of the next installment! 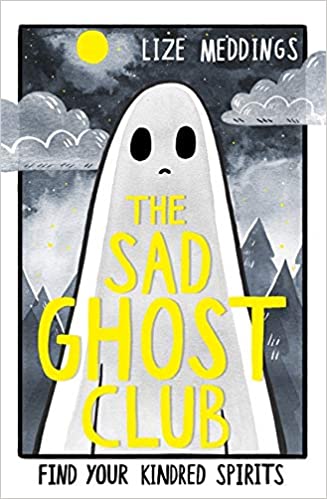 Ever felt anxious or alone? Like you don’t belong anywhere? Like you’re almost… invisible? Find your kindred spirits at The Sad Ghost Club.

This is the story of one of those days – a day so bad you can barely get out of bed, when it’s a struggle to leave the house, and when you do, you wish you hadn’t. But even the worst of days can surprise you. When one sad ghost, lost and alone at a crowded party, spies another sad ghost across the room, they decide to leave together. What happens next changes everything. Because that night they start the The Sad Ghost Club – a secret society for the anxious and alone, a club for people who think they don’t belong.

For fans of Heartstopper and Jennifer Niven, and for anyone who’s ever felt invisible. You are not alone. Shhh. Pass it on.

➽ This was such a great exploration of Mental Health 🥺 The main focus is on S.G. who experiences lots of social anxiety, especially around parties and developing friendships. I could relate to them and their process of trying to hype themselves to go to the party so much! It literally felt like my own thoughts and dilemmas were reflected in them and it’s so great because that made me really seen. The overwhelming amount of people at parties, trying to connect when everyone has their own group and the awkwardness of meeting new people was so well done here!

➽ I also loved the art style & symbolism of the ghost! The art style is not only lovely but also has some great symbolism and themes going on! S.G. is depicted like a ghost (see the cover!), but most other characters look like normal humans. The reason is that S.G. (and later their friend Socks) struggle with their Mental Health and feel alone, as well as misunderstood. I really liked the decision to portray an invisible illness as a ghost! It can be so easy to feel forgotten, but it’s great to also see other people who experience the same things and that can make you feel seen! S.G.’s new friend Socks is such a person. They connect because of their shared experiences (Socks struggles a lot with depression and has been in therapy), but I like that we still get to see the awkwardness of new friendships. S.G. is worried about coming across as weird or saying the wrong thing, which really spoke to me. Nevertheless the way that they could share their troubles and feel understood was so precious 🥰 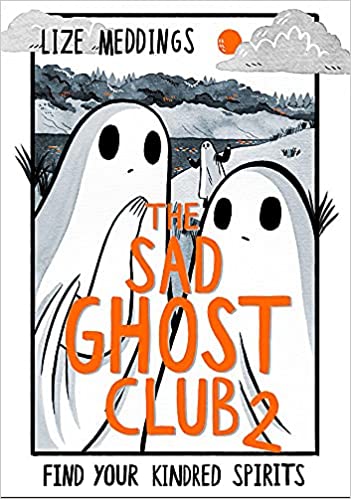 Ever felt anxious or alone? Like you don’t belong anywhere? Like you’re almost… invisible? Find your kindred spirits at The Sad Ghost Club. (You are not alone. Shhh. Pass it on.) When two strangers meet at a party and realize they both feel different from everyone else there, they start The Sad Ghost Club – a secret society for the anxious and alone, a club for people who think they don’t belong.

But when a third ghost wants to join the club, things get a bit more complicated. Can the two ghosts overcome their insecurities and uncertainties in their new friendship, and find a way to welcome new members to the club?

Stunningly illustrated, this is Volume 2 in a new graphic novel series, for fans of Heartstopper and Jennifer Niven, and for anyone who’s ever felt invisible.

➽ In this sequel we explore the difficulties of expanding friend groups. After finding Socks, S.G. is determined to reach more people who also feel alone and puts up flyers. One such person wants to meet up, yet Socks feels very overwhelmed with this sudden development. I like that we got a bigger focus on them, especially as I related so much to their fears. Socks isn’t ready to suddenly meet so many more people and would have been content to just be a duo with their new friend. Now that another ghost called Rae is joining the dynamic they feel insecure and left behind by S.G. I really felt that, because it can be so easy to feel like an outsider when a shiny new person comes along, but it’s also difficult for a new person to join an existing friend group.

➽ At the heart of the story is trying to be there for people when you need it ❤️. Both Socks and later Rae fall into negative patterns of thinking and behavior, avoiding their friends because they feel like no one really cares. It can often be so difficult to keep up with people when your mind is very loud with negative thoughts and self-loathing. However, that makes it all the more important to have people that reach out to you and make you feel cared for. I liked that Socks and S.G. also had to communicate about their own insecurities and expectations for the new Ghost Club. I was especially proud that Socks tried to overcome patterns of the past and help others that also struggled with them. I really hope that there is another volume, because the ending has so much potential for more content!

Have you read The Sad Ghost Club? What is your favorite graphic novel with Mental Health representation? 👻