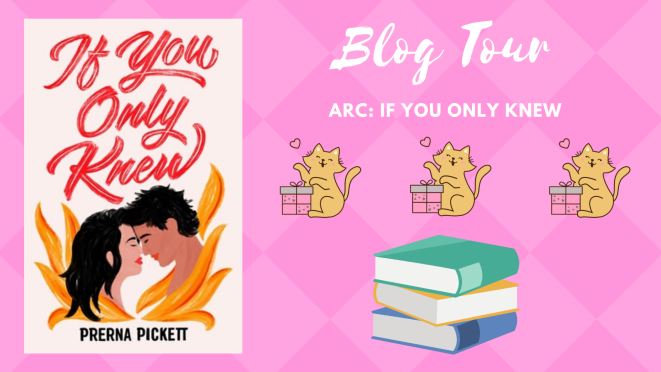 Hello fellow bookworms❣ I was fortunate enough to receive a digital copy of If You Only Knew through participating in the Xpresso book tour! This book sounded really good and I already mentioned it as one of my most anticipated releases of the year. 🥰 In the end, I didn’t like this as much as I wanted to, but it turned out to still be an enjoyable read. For now, let’s get into what this book is about 😊 If you click on the image down below you are redirected to the blog tour schedule, so you can check out all the other amazing posts! 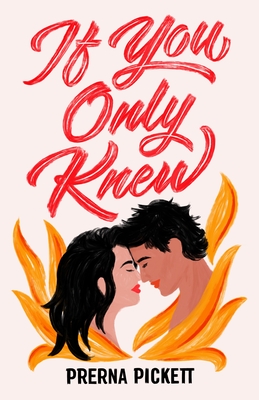 A boy recently released from jail and the daughter of a prosecutor fall for each other against the odds in this YA novel.

Corey has just been released from jail, and all he wants is a new beginning. But when his former gang comes knocking, Corey agrees to vandalize the home of Kent Hopper, the prosecutor who put him away.

To erase the guilt she carries from getting away with a crime, Tessa spends most of her nights riding her motorcycle. When she catches Corey destroying her father’s car, she doesn’t see a criminal: She sees a way to finally right her own wrongs. So instead of turning Corey over to the police, she convinces her father to give Corey a second chance.

As Tessa and Corey spend more time with each other, it becomes difficult to ignore the pull between them. But they’re both keeping secrets, and when those secrets come to light, they’ll each have to face their demons in order to have a future together. 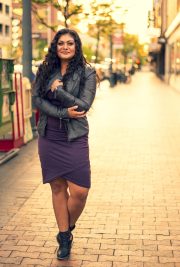 Prerna Pickett was born in India, grew up in Northern Virginia just outside of Washington DC, lived in Idaho for a while, then in paradise AKA Hawaii, before moving back to the mainland. If You Only Knew is her debut and set to release with Macmillan/ Swoon Reads.

Thank you to Swoon Reads, Xpresso Book Tour and Netgalley for providing me with a digital Arc in exchange for an honest review!

If You Only Knew impresses with its scorching chemistry between the main characters Tessa and Corey, who couldn’t be more different ➽  While Corey is making up for the mistakes he did and trying to cope with having been in jail and still being trapped in the gang that caused his downfall, Tessa got away with something she shouldn’t have and is left with guilt. I liked that both main characters had many passions in life that made them fully fleshed and intriguing. Corey is deeply dedicated to keeping his family going, as he loves his hardworking mom and little brother Tim. He’d do anything for them and it touched me how close he was to his family. He also loves spray painting and is a great artist by night, when he’s free of the gang he was forced to get involved him to get money for his loved ones. Tessa rides a cool motorcycle and loves animals, prompting her working for the local vet’s office where she can take care of sicks animals. She also has a cat and dog she deeply loved, which pleased me as I love animals in books as I’m a huge animal person as well 🥰 Tessa and Corey both carry their fair share of secrets and mistakes and I liked the flirty banter between them. They had great chemistry and definitely some swoon-worthy moments that’ll leave readers with melted hearts.

I also enjoyed seeing her best friend Paige and her boyfriend Alex play a role in the story ➽ Paige is Tessa’s cousin as well and can come across as critical and distrustful, but she’s deeply concerned about her loved ones and only wants what’s best for them. I liked seeing the deep friendship that Tessa nd Paige had, with Alex as a nice trio that didn’t feel weird with Paige and Alex being a couple. While I struggled with the beginning, I think that the end was definitely fast-paced and suspenseful, picking up the pace and leaving the reader reeling with everything that was going on. I definitely found myself the most engaged at that part.

However, there were some things that I didn’t like as much and impacted my rating ➽ making it an enjoyable 3-star book but not a book that had a big impact on me. Firstly, I found the beginning a bit slow and it took me a while to get into the writing style as it didn’t flow nicely at first. Secondly, I also felt like the romance – though with great chemistry – was rushed and developed way too quickly for my liking, I would have much preferred a slow-burn romance instead. Lastly, I wasn’t attached to the characters as much as I’d hoped to and not as engaged in the plotline. Instead, I was left with the yearning for something more to fully invest me in the story and would have liked a different execution of the premise at times.

In Conclusion. ➽ If You Only Knew is an enjoyable forbidden romance dealing with gang involvement, second chances and what we do to survive. I think it can appeal to fans of Perfect Chemistry by Simone Elkeles and (if we’re also including the fantasy genre) Ace of Shades by Amanda Foody!

Are you going to read If You Only Knew? What is your favorite book with a forbidden romance? ❣

4 thoughts on “Blog Tour: If You Only Knew by Prerna Pickett ❣ Forbidden Romance”